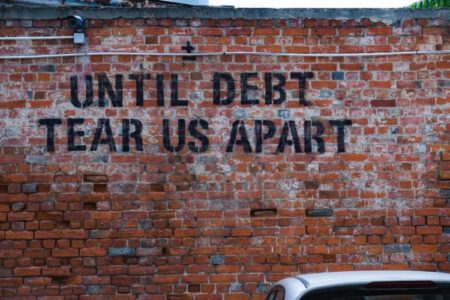 One in six customers who use payment methods such as After pay and Zip Pay run into financial strife – and ASIC is putting the ‘buy now, pay later’ industry under the spotlight.

ASIC’s first review of this evolving market finds that buy now pay later arrangements are having a negative impact on spending habits, especially those of younger consumers.

ASIC identifies a real risk that some buy now pay later arrangements increase the amount of debt held by consumers and contribute to financial over-commitment.

It finds that 1 in 6 users (16%) believe they have experienced at least one type of negative financial impact due to a buy now pay later arrangement.

In fact, 7% delay paying other bills, 5% borrow money from family or friends, and 4% get a loan or cash advance on their credit card to pay the money back.

Those who do pay it off on time? Well, 1 in 4 users (23%) use a credit card to make their repayments anyway.

Users are young and earn less

However, ASIC has received anecdotal evidence that some merchants may be charging consumers significantly higher prices for using a buy now pay later arrangement for purchases over $2,000, or where the price is less transparent and ‘negotiable’ (eg. solar power products, services).

Buy now pay later arrangements result in 81% of consumers buying a more expensive item than they would have otherwise been able to afford.

As a result, as of 30 June 2018, there was a whopping $903 million in outstanding buy now pay later balances across Australia. That’s $37 for every man, woman and child in Australia.

Finally, in ASIC’s view, each buy now pay later provider includes terms within their standard contracts that are potentially unfair to consumers.

They also provide a very broad range of circumstances under which a consumer will be regarded to be in ‘default’ and hold consumers liable for unauthorised transactions, even when the provider knows or suspects the transaction may be unauthorised.

Given the potential risks to consumers, ASIC has supported extending proposed product intervention powers to all credit facilities regulated under the ASIC Act.

Basically, this would provide ASIC with a much more flexible tool kit to address emerging products and services such as buy now pay later arrangements.

It could also ensure ASIC can take appropriate action where significant consumer detriment is identified.

What you can do in the meantime, however, is only shop for items you can afford through better budgeting so that your important debts, such as your mortgage, don’t become stressed from a flow-on effect.

That’s something we can help you with.

And if you do really want something that you need to take out a loan to purchase an item such as a car then give us a call.

There are a number of reputable and responsible lenders to choose from that operate under the National Consumer Credit Protection Act, unlike buy now pay later providers.