Are you on the NBN? You could be entitled to a big refund. 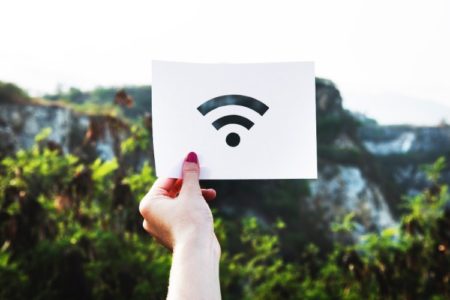 Ahh, the NBN. Depending on where you live it’s either lightening fast, or so agonizingly slow that you want to pull your hair out. Well, the good news is you could be entitled to a refund worth hundreds of dollars.

Over the last 15 months the ACCC has been negotiating with internet service providers to offer their customers a refund if warranted.

Telstra, Optus, TPG, iiNet, Internode, Dodo, iPrimus and Commander have each admitted that they likely made false or misleading representations about their connection speeds.

So now the ACCC is “urging” you to contact your retail service provider (RSP) to see if you’re eligible for a refund which, in many cases, is worth a few hundred dollars.

That’s a decent injection to help you pay off your mortgage, bills that have accumulated over Christmas, or even some spending money over the upcoming Easter holidays.

Ok, so when you signed up to the NBN, the RSP that sold you the plan most likely advertised it with maximum theoretical speeds.

However, if you’re on a FTTN (fibre-to-the-node) or FTTB (fibre-to-the-building) plan, you probably aren’t getting anywhere near those speeds because there are existing copper lines connecting your building to the NBN network.

It’s mainly FTTP (fibre-to-the-premises) that can really reach the advertised theoretical speeds, as it doesn’t rely on any copper for the internet connection.

You have (unopened) mail

Since November 2017, the RSPs were meant to contact more than 142,000 affected consumers to offer them a range of remedies, such as moving to a lower speed plan of their choice, or exiting their contract and receiving a refund.

However, two in three affected consumers – roughly 100,000 households – have not responded to the letter or email from their RSP.

“They may be eligible for refunds, some in the hundreds of dollars,” says ACCC Acting Chair Mick Keogh.

“The ACCC is urging NBN customers to contact their NBN retailer if they have received a letter or email offer of a remedy, or think they might be entitled to a remedy.”

You might even be entitled to a refund if you’re a new customer, too.

Within four weeks of signing up, RSPs must check their speeds and if the speeds are below those advertised for the plan the consumer chose, the RSP must offer remedy options.

How much you could be refunded

In December 2017, Anne would have received an email from her Telco advising that her connection was only capable of maximum speeds of 37 Mbps download and 13 Mbps upload.

This means she was unable to receive the full benefit of the 100/40 plan.

In the email that was originally sent, but that Anne missed or overlooked, the Telco offered her the following options:

Option 2 – Exit the plan without cost and receive a refund of $360 for the difference in plan prices.

Option 3 – Remain on her current plan with no refund.

All she has to do is let her Telco know.

This is the simple part. Simply get in contact with your RSP and see if you’re entitled to a refund.

The ACCC is on their case about it so it should be fairly straightforward and the customer service representative will know what you’re referring to.