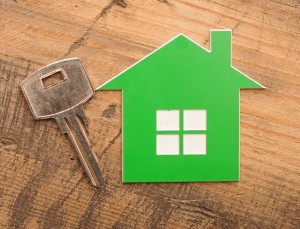 Good news for first home buyers and investors alike: Housing affordability in Australia is at its highest level in a decade.

According to data from the Housing Industry Association (HIA), even with prices rising, market conditions have kept the ability to purchase property within reach for many Australians.

"Despite widely-publicised dwelling price increases in some markets in recent months, affordability has continued to improve as a result of reduced interest rates," said HIA Senior Economist Shane Garrett.

"Affordability has been further enhanced by continued increases in weekly earnings over the past year."

The HIA's affordability index improved in all but one of Australia's capital cities during the September 2013 quarter, with Hobart leading with an increase of 10.1 per cent.

Canberra followed with 6.3 per cent, along with Perth at 3.2 per cent and Melbourne at 2.6 per cent.

Adelaide posted a rise of 2.4 per cent, while Brisbane and Sydney followed with increases of 1.5 per cent and 0.5 per cent, respectively.

Outside of the capital cities, affordability improvements were highest in Victoria, which experienced an increase of 5.1 per cent on HIA's index.

Non-metro areas in Queensland and New South Wales saw rises of 4.4 per cent and 2.8 per cent, respectively.

Regional Western Australia saw a rise of 2.5 per cent, while both Tasmania and South Australia posted an increase of 2.2 per cent.

These figures mark positive news for potential home buyers throughout Australia, both in metropolitan areas and in regions outside the capital cities.

WIth affordability remaining high, both first home buyers and investors will find it easier to enter the market and take advantage of the boom in Australia's real estate industry.