Is the housing market finally about to reach rock bottom? 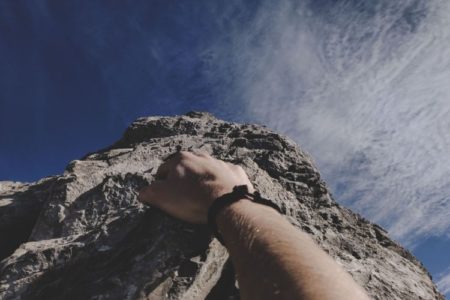 ‘Are we there yet?’ That seems to be the million dollar question on everyone’s lips. Today we’ll take a look at whether or not the property market is finally starting to stabilise, as well as when we might start seeing some positive changes in the market.

Shhh. Can you hear it?

It’s the sound of optimism breathing its way through the Australian property landscape once more.

Let’s run through what some of the property market’s leading experts and reports have said recently.

CoreLogic says the housing downturn is losing steam as the pace of declining values continued to reduce in May.

With Australia’s average housing affordability the best it has been since 2016, CoreLogic’s Head of Research for Australia, Cameron Kusher predicts “that price falls will settle later this year, followed by modest price growth starting from 2020”.

Consumers think now’s a pretty good time to buy a house, according to the Westpac sentiment survey’s ‘time to buy a dwelling’ index.

“Housing-related sentiment showed a clear response to the lowering in interest rates, although again some of the gains were more muted than seen in past rate cuts,” Westpac senior economist Matthew Hassan said.

Since peaking in October 2017, house prices in capital cities have fallen about 10%. Forecasts had suggested they’d fall as far as 15%, but AMP Capital believes they’ll now only bottom out at 12% later this year.

“The combination of the removal of the threat to property tax concessions, earlier interest rate cuts, financial help for first home buyers and APRA relaxing its 7% interest rate test points to house prices bottoming earlier and higher than we have been expecting,” said Dr Shane Oliver, Head of Investment Strategy and Economics and Chief Economist, AMP Capital.

ANZ’s Home Owners Lead, Kate Gibson, says they’re seeing suburbs and towns in every state where it is more affordable to buy than rent. Here’s the list if you’re interested.

The Australian Bureau of Statistics (ABS)

According to the latest ABS data, the value of lending commitments to households rose 0.6% in April 2019.

Sure, the nationwide property market might still be trending down. But optimism seems to be well on the way up.

If you’d like to know how this shifting landscape might affect your lending situation, then please get in touch – we’d love to run through it with you.