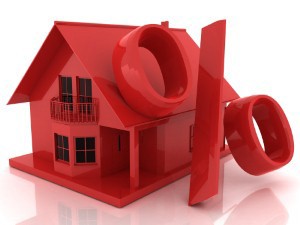 The Reserve Bank of Australia has decided to leave the current cash rate unchanged at 2.5 per cent, according to a statement released on 5 November.

With the Australian economy stabilising and the repercussions of the last rate cut still pronounced,  the Reserve decided the best course of action was none at all.

"The easing in monetary policy that has already occurred since late 2011 has supported interest-sensitive spending and asset values," said RBA Governor Glenn Stevens.

"The full effects of these decisions are still coming through, and will be for a while yet."

Stevens went on to highlight the fact that while the pace of borrowing has been relatively slow, recent indicators show an increased demand for financing.

Additionally, both the housing and equity markets have seen growth.

What this means for the housing market

With current interest rates still near record lows, the RBA's announcement spells good news for both home buyers and homeowners.

Low interest rates will make paying off a mortgage much easier for everyone from first-time buyers to investors.

Meanwhile, for those who already own a home, low rates make refinancing an attractive possibility to lower monthly mortgage payments.

Still, industry observers have begun to speculate about how long current rates will last.

Further cuts in the cards?

Following the RBA's announcement, the popular theory has been that rates will be cut further during 2014. This is attributed to the fact that Mr Stevens referred to the Australian dollar as "uncomfortably high".

Bill Evans, a chief economist at Westpac, told The Australian that there will likely be two interest rate cuts during the first half of next year.

Still, nothing is certain regarding interest rates, and today's rate cut predictions could change by tomorrow, making acting while rates remain low a prudent strategy.