Customers set to lose out as Big 4 Banks profit, yet again. 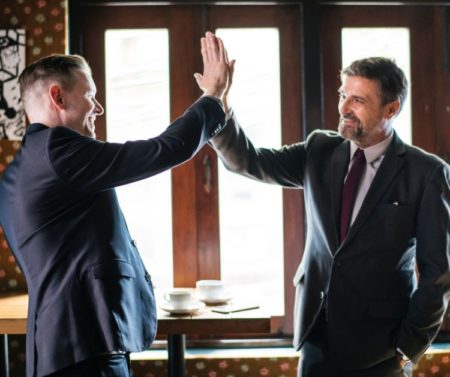 Once again the Big 4 Banks have escaped major punishment and gotten exactly what they wanted: adding a multi-thousand-dollar tax on borrowing that’ll hit consumers and brokers hardest.

By now you might have seen some of the Royal Commission recommendations in their final report.

All in all, the banks got off with a very light rap on the knuckles – as indicated by all four banks having their best day in months on the ASX.

On the other hand, the existing business model for 20,000 mortgage brokers – most of whom run businesses just like ours – is at risk.

That’s because one recommendation made by the Honourable Kenneth Madison Hayne AC QC in the final report is to ban trail commissions on all new loans by July 1st 2020.

It’s then proposed that over the following two to three years, all other commissions be phased out, with mortgage brokers shifting to a consumer-pays model whereby borrowers foot the bill.

This is exactly what the banks want.

Because if implemented, the banning of mortgage broker commissions will strengthen the profits and position of the major banks and reduce lender competition substantially.

What this will save the banks

According to a report on ABC news, Credit Suisse says this move will collectively save the banks a whopping $1.8 billion over five years.

Destroying the viability of the mortgage broker channel would immediately reduce competition and drive customers back into the banks with the largest branch networks.

With less competition, the banks will likely increase their rates.

MFAA CEO Mike Felton says these recommendations do not represent a good outcome for consumers.

“These policy recommendations are effectively a new multi-thousand-dollar tax on borrowing. They will put the broker channel at severe risk, damaging competition and access to credit and entrench bank power,” Mr Felton says.

“I fail to see how decimating the broker channel, leaving Australians with a handful of lenders to choose from, is good for competition, or good for customers. We are critical to the health of Australia’s mortgage lending market.”

At this stage it remains unclear whether the Final Report is recommending a consumer fee-for-service or the so-called ‘Netherlands’ model.

“If the recommendation is a broker only consumer fee-for-service, that will mean brokers and smaller lenders will no longer be able to compete on a level playing field with the big banks with major branch networks,” Mr Felton explains.

“We know from recent, independent research that 96.5% of customers are not willing to make a payment to a broker of $2,000 and most are unwilling to pay anything at all.”

Meanwhile Peter White, managing director of the Finance Brokers Association of Australia (FBAA), says brokers should never have found themselves in the firing line.

“This royal commission is about the greed of the big banks and insurance companies, and so it should be because their behaviour has been appalling,” he said.

It’s not just the mortgage broking industry that’s been left dumbfounded by the recommendation. Here’s what Financial economist and Australian Financial Review contributing editor Christopher Joye had to say:

“The biggest winners from the royal commission are demonstrably the big banks while the largest losers are Australia’s mortgage brokers. Indeed, the top end of town have done an amazing job convincing everyone that brokers should be made the ‘fall guys’ for their own deeds, surreptitiously fattening their profits, despite no evidence of pervasive misconduct,” Mr Joye said.

They’re not set in stone. Not yet.

Because while the Coalition and Labor have both said they’ll take action on all 76 recommendations in the report, there is an election coming up.

Enough noise made now could result in one of the two major political parties sitting up and taking notice.

That means there’s still time to let your local MP know that you’re happy with the way the system is and that you don’t want the banks transferring the costs of a mortgage broker onto customers.

If you’d like any further information on this issue, please don’t hesitate to get in touch.